Windows 8.1 Update 1 has been released for weeks, it's now time to focus on what comes next. We got wind that the software giant Microsoft would release Windows 8.2, Windows 9 and Windows 10. Here's a look at what we think we know so far. 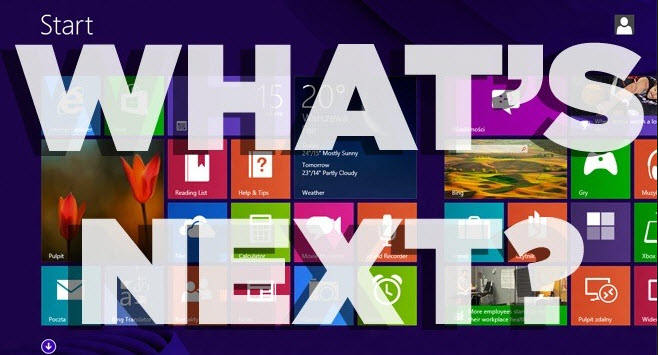 It's not sure if Microsoft will decide to call it Windows 8.1 Update 2 or shift to Windows 8.2 for the Next Microsoft OS update. Microsoft may roll out it in August of this year.

This update will purportedly bring the new Start menu we saw at Build. Similar to the Windows 7 Start menu, this throwback would allow users to look through a list of their programs while retaining some of the Metro aesthetic, complete with integrated Live Tiles. These Live Tiles will not only launch programs but also update with new information on the weather and inbox counts.

For the next full-version update to Microsoft's OS, Windows 9, the Start button will also be present in Windows 9, on devices without a touchscreen and on server systems. The Start button will be a tad bit different on touch devices, but no details were given. Microsoft may offer Windows 9 for free (which might not seem like a wise idea), but that is still being discussed. Windows 9 could then appear in 2015.

Microsoft is apparently working on a prototype operating system called Windows Cloud. One of the biggest changes with the next version of Windows is it could live entirely on the cloud, similar to Google's Chrome OS. While in offline mode, the operating system would be similar to Microsoft's budget operating system, Windows Starter, offering basic functionality.