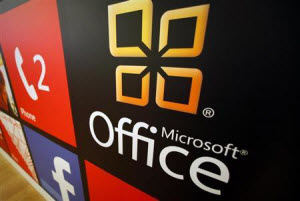 According to reports from Reuters, Microsoft Corp launched new Office software for home users last Tuesday, featuring constantly updated, online access to documents from all kinds of devices as the world's largest software company attempts to tailor its most profitable product to a mobile generation.

Word, Excel, Powerpoint and Outlook have been redesigned to work better with touch-screen-controlled computers. The new Office suite is aimed at home users rather than businesses, and is designed to extend Microsoft's domination of the workplace to the home office and beat back growing competition from Google Inc's free online apps.

"The notion of an always up-to-date streaming version of Office comes directly from how people are using devices today," said Kurt DelBene, head of Microsoft's Office unit, in a phone interview. "You really want all your content to roam with you. We see that as an opportunity to deliver what customers are asking for."

The version of the new software launched on Tuesday, called Office 365 Home Premium, is the first major overhaul of Office since 2010. Big companies, which generally buy Microsoft's software under multi-year contracts, already got the latest features of the new Office in December.

On Tuesday individual customers finally had the chance to have a fresh look of Office 2013, and initial reactions were positive at Microsoft's flagship Seattle store. "It looks badass. And that whole touch-screen thing now," said Kouichi Armga, 25, who works at Trader Joe's grocery store and studies at the University of Washington in Tacoma, after seeing the new Office run on touch-screen hardware.

"It was actually very impressive," said Jeremy Payne, 26, from Olympia, Washington, who works in retail and is studying public relations at the local Evergreen State College. "The biggest thing was the new PowerPoint. I was really excited to see the new PowerPoint."

Payne, an avowed Apple Inc enthusiast, said the new Office was "really rad," but it might be hard to drag Mac users away from their Apple-centered world.

"They have their work cut out for them pulling people from Apple," he said. "The Apple system is so integrated to my way of thought."

After downloading the basic programs online, users can access the latest versions of all Office applications from up to five devices on a subscription basis for $100 a year. The software will be updated online, which is quite different from the past when users had to wait years for upgrades to installed software.

It is the latest step in what Chief Executive Steve Ballmer called Microsoft's "transformation to a devices and services business," making the company more like Apple.

The look of Office 2013 bear a great resemblance to last year's Windows 8, with a cleaner, more modern-looking design and includes touch-screen capability. The "ribbons" showing commands in Word and Excel are mostly unchanged. For the first time the package includes online calling and video service Skype, which Microsoft bought in 2011.

Users' work can be stored on their devices but also in remote data centers -- known as the cloud -- and the latest version of a document can accessed from any licensed device with a browser.

Two and a half years in the making, the new Office is designed to extend Microsoft's domination of the business market and counter the growing popularity of Google Apps; a collection of online-only, Office-style applications Google provides free for home users and sells to businesses for $50 per user per year.

Microsoft's another creation to push profit would be the Windows 8 which was released last October. Microsoft said it has sold more than 60 million Windows 8 licenses since its late-October launch, an unexceptional start for a product which has not gripped the public's imagination in the way of Apple's iPad. And Windows 8 helped lift sales of the company's flagship operating system business, but not enough to rejuvenate overall growth. And analysts expect sales to ramp up this quarter with the newly launched Office 365.