Top 8 Things about Windows 10 you may Want to Know

Recently Microsoft has announced Windows 10, and its very early "Technical Preview" is available for anyone who wishes to try it. It gives Microsoft a chance to trend upward, polish up the foundation of its operating system, and adds some features that will excite its base.

There's a lot going on with Windows 10, we have all things you would want to know about Windows 10.

The nature name would have been Windows 9, but Microsoft skips it with the past. Microsft also considered the name "Windows One" to match products like OneNote and OneDrive and "One Microsoft" business strategy. Microsoft went instead with Windows 10 because they wanted to signify that the coming Windows release would be the last "major" Windows update.

2. What devices will it run on?

Microsoft will be for desktops, tablets, smartphone and embedded products.

3. When can I upgrade? And how much will Windows 10 cost?

Microsoft expects to release the OS in 2015, after the company's Build developer conference in April. If you want to try it in advance, you can sign up for the Windows Insider Program to get y our hands on the early preview build. The cost for the retail version has yet to be determined.

If you hated Windows 8's full-screen Start screen, you're in luck: the new Start menu will be back, sitting on the left side of the screen and presenting that familiar pop-up column of shortcuts. If you liked Windows 8's approach, the new menu will incorporate Live Tiles and can be customized. 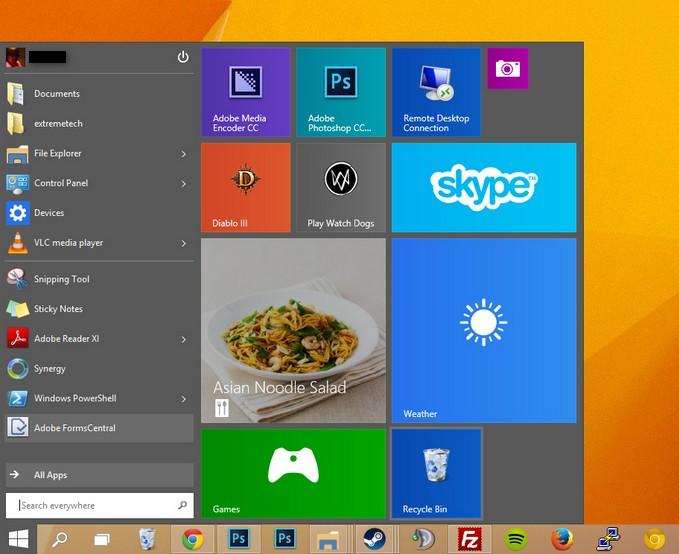 5. What is Universal Apps for Windows 10?

6. Will it still be touch-enabled?

Yes, you'll still be able to use touch to do things like scroll and pinch-to-zoom on laptops and desktops. And there's also a new feature called "continuum" for people using two-in-one PCs. When you detach the keyboard from a Windows 10 hybrid and go into tablet mode, the UI changes to better match a tablet. The app expands to full screen and the start menu switches into a larger-icon mode.

The Charms Bar are redesigned and now located inside a new menu that appears on the titlebar of Windows Store app windows. You will also have the option of using virtual desktops with which, you can switch between as many desktops as you like. Microsoft's Snap View multitasking feature has been improved to now let you dock windows to the four corners of your screen.

8. What's in Windows 10 for business customers?

This version of Windows will have plenty of other features for enterprise, including a customized store and protection for corporate data. Mobile Device Management will be able to be used for all devices. Windows 10 will keep personal and corporate data separate.